The Great Western Greenway – Mulranny – Co. Mayo has been formally designated a European Destination of Excellence.  The award recognises outstanding local achievements including the opening of the Great Western Greenway, the sensitive restoration of the stunning Mulranny Park Hotel, and the regeneration of Mulranny’s Victorian Causeway and Look-Out Hill Walk.  Combined with a truly spectacular location these developments enhance this remarkable place.

Representatives from Mulranny Tourism and Fáilte Ireland travelled to Brussels in late September 2011 to accept the award on behalf of the Community of Mulranny, Greenway Landowners, Mayo County Council and everyone involved in the regeneration of Mulranny’s tourism product.

In the 5th year of the European Commission sponsored EDEN Awards (European Destinations of Excellence) twenty one winning destinations across Europe were selected for their commitment to social, cultural and environmental sustainability and for reflecting the year’s theme:- “Tourism and Regeneration of Physical sites”.

EDEN (European Destinations of Excellence) is a project that promotes sustainable tourism development models across the European Union. National competitions take place every year and result in the selection of a tourist “Destination of Excellence” for each participating country.

A decade of community-led regeneration undid a century of decline with the area’s decaying railway heritage being sensitively renewed for future generations to enjoy.  The former Mulranny Railway hotel was reopened in 2005 inspiring a community-led initiative to redevelop the Mulranny Causeway and the Victorian walking trails into a high amenity loop-walk accessing three European-designated Natura 2000 sites.  Finally, 73 years after it’s closure, the Great Western Railway Line was re-born as the Great Western Greenway.  This walk and cycling trail offers stunning panoramic views over the vast seascape of Clew Bay, it’s archipelago of drowned drumlin islands, the vast Nephin mountain range and Bellacragher Bay.  The 42 km Great Western Greenway offers an exhilarating and safe experience for all the family with gentle gradients, through some of the most spectacular landscapes and seascapes in Europe. 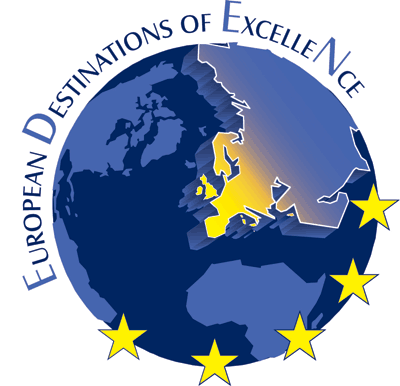 Ireland has always been known throughout the world as an excellent tourism destination.  Cavan Town, Scattery Island, Clonakilty District, Carlingford and the Cooley peninsula, The Sheeps’s Head Way, Loop Head Peninsula and Mulranny along with The Great Western Greenway are not only some of the most spectacular and unspoiled destinations in Ireland – but also in the whole of Europe.

The  regenerated Railway Heritage of Mulranny and the Great Western Railway Line has made way  for the emergence of The Great Western Greenway, Ireland’s world-class 42km off-road cycle and walking track.   Add that to the Loop Head Peninsula awash with watersports and wildlife, the ancient Irish legends and landscape of Louth’s Cooley Peninsula, the coastal buzz and colour of Clonakilty and the awesome looped walk circuiting the Sheep’s Head peninsula both in West Cork, and you have a fantastic showcase for Ireland’s beauty, diversity and cultural heritage.